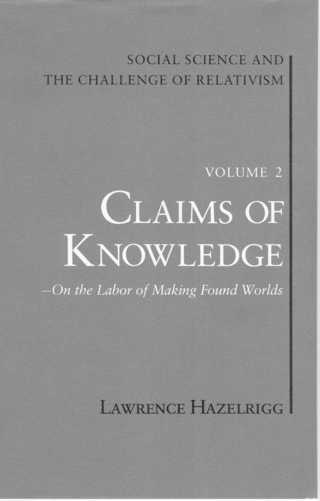 [from pp. 1-4] In the beginning was the tree, and the tree was both cellulose and word. So it must seem in our habituations of arborescent imagery. Rooted “in world,” we are accustomed to imagine it as a world “out there,” a region of externalities, over which we seek sway in transcendence of the rooting substance; and, coming upon any matter-of-fact appearance of “the transcendent,” we are more often than not inclined to proper obeisance, in attitude (transcendental subjects that we imagine we are) either of optimism or of pessimism for “the future.” The arborescent imagery works twice: once for reality and once for knowledge of reality. As with any such doctrine, it must divide the whole into two parts, one of which is superior to the whole.

From the preface of Descartes’ Principles of Philosophy to present times, the arborescent image of reality and thought has been reproduced profusely in codifications of truth and error, science and ideology. In recent years various critics such as (perhaps only most notoriously) Richard Rorty, Michel Foucault, and Jacques Derrida have worked to undo the arborescent practice--not from without but by attempting to direct and even to accelerate its dehiscence. These works are surely not aboriginal; they are remakings of arguments made in the [19th] century (in that very age of the invention of “the social” as a distinctive regionalization and codification of the real and the knowable), not so much culminations of old arguments as rebeginnings of older beginnings. The measure of their success is in the discomfort they have brought to the scene of claims of knowledge. As recounted by the editor of a recent collection of essays in The Return of Grand Theory in the Human Sciences [Quentin Skinner], the outcome of those critiques “has been nothing less than a disposition to question the place of philosophy as well as the sciences within our culture. If our access to reality is inevitably conditioned by local beliefs about what is to count as knowledge, then the traditional claim of the sciences to be finding out more and more about the world as it really is begins to look questionable, or at least unduly simplified... Epistemology, conceived in Kantian terms as the study of what can be known with certainty, begins to seem an impossibility; instead we appear to be threatened with the spectre of epistemological relativism.”

Threatened indeed. The specter of a thoroughly radical relativism, a paralysis of thought and thus of thoughtful deed, is well upon us. The critics provoke worry that we have lost, or might yet lose, “our traditional concern for evidence and justification.” (And the works of the critics themselves are cited as evidence that the loss has begun, as justification that the worry is not misplaced.) Those who worry ask, “If the arborescent practice is abolished, what will take its place?” But the very question betrays. Nothing will “take its place,” for its place will not be left “to take,” to fill. As a remaking (which destruction inescapably is, short of the completion of history), destruction of the arborescent practice will remake “the place” no less than “the contents” of that practice. A remaking remakes its own site and date, its own conditions, necessarily.

Of course, the “place” of “normal practice” is already not fixed and singular, despite any taken-for-grantedness that remains to it. This is not simply an acknowledgment of a plurality of normal practices, inasmuch as the typical accounting named pluralism is itself practiced as a “first among equals” that quietly claims fixity and singularity for itself. Rather, the work of reflexivity, unavoidable and provisional, produces an incessant movement such that any normal practice is always under revision, always in process of a remaking and thus a replacement of places, always vulnerable in its claims of “what is” to the open margins of its wilderness. The inevitable undefinitiveness of “a work” therefore is an effect not simply of failed effort, nor of a calculated modesty, but of the necessity of recitation, which always works differently.

Of course, too, the investments of a normal practice are interested in the cessation of reflexivity, a cessation that “must” take place at the frontiers of a self-awareness in normal practice. Incessant reflexivity will, it is said, destroy all meaning. Or at least it will destroy all meaning of reason, of the literal and the factual, all meaning that is proper to (definitive of) science and philosophy--if not also all meaning that is spun out, figuratively and fictively, in willful suspensions of disbelief as pleasures of art and literature. It is for such reason that rhetoric has long been hailed, in the grammar of science and philosophy (often, too, in art and literature), an enemy of science and philosophy. Reason would provide rules to follow; an incessant reflexivity erases the line segregating reason from rhetoric and declares that rules of reason (and practices of “following a rule”) are an effect--not a fixed effect, which might then be followed, but an effectivity that always goes on. The normal practice of “all meaning” that is subject to destruction by an incessant reflexivity is a practice that succeeds in segregating reason from rhetoric (“tricks of the sophist”) without publicity of its own rhetorical life: segregating the positivity of truth from the negativity of power, sufficiency from deficiency. At best--and this is a capacity most explicitly pursued in the Geisteswissenschaften or “historical-hermeneutic sciences”--rhetoric is proposed as a supplement that stands ready to the service of reason. That is, “rhetorical effect” (where “effect” unavoidably implicates all that is perlocutional in an action) is available as an option, which one may or may not exercise, in the production of an argument (or any other action). It is the option of exercising a supplement to rigorous reason, supposedly made necessary, if not simply expedient, and for some if not all occasions, by a human nature born lame.

As Skinner surely appreciated, apprehension of the incessancy of reflexivity often engenders fear--fear of paralysis, fear of loss of standards and anchorage, etc.--and even a certain loathing toward any who would be so perverse as to embrace it and encourage the rest of us to do likewise. Yet it is notable that the work of someone like Derrida (one of the critics named by Skinner), though still rather widely regarded a terrible (even terroristic) obscurantism, has not been neutralized in quite the same way that Nietzsche’s work was for so many years--as the jabberings of a madman. Perhaps “the threat” of an incessant reflexivity is in its turn being domesticated. If so, we should remember that domestication of the horse changed us no less than the horse. We might want to consider, and take care in, what sort of domestication is afoot.